There are many different reasons why people collect currency. Some collectors focus on rare and valuable bills, while others try to build a complete set of all the different denominations. US currency is some of the most collected in the world. This is because it is not only relatively easy to come by, but also because there are so many interesting and unique designs.

How Much is a 1935 Dollar Bill Worth? Determining the Value

If you have a 1935 dollar bill, you might be wondering how much it’s worth. The value of a 1935 dollar bill can vary depending on a number of factors, including the condition of the bill, its rarity, and the serial number. The seal color can also influence the price.

So if you’re thinking of selling your 1935 dollar bill, it’s important to do your research first to find out how much it’s really worth.

Condition of the Bill

Bills that are in pristine condition will obviously be worth more than those that are damaged or well-worn. The 1935 series of dollar bills is very common, which means that in circulated condition they will only sell for their face value of $1. However, if you do happen to have a bill in a very fine condition, it could be worth up to $3.50. And if the bill is in uncirculated condition it could be worth anywhere from $12-17.50.

While the 1935 dollar bill is not rare, it is still collectible and can be worth more than its face value to the right buyer if it’s in good condition.

A 1935 dollar bill is not particularly rare, but there are some examples that are more valuable than others. Those rare examples include:

So, if you happen to have a 1935 dollar bill, it’s definitely worth doing some research to see if you have a rare example. However, even if your bill is not rare, it can still be an interesting piece of currency to collect.

Any one of these types of serial numbers can significantly increase the value of a 1935 dollar bill.

What Are the Different Color Seals on 1935 Dollar Bills?

Did you know that there are three different seal types on 1935 dollar bills? The colors are yellow, blue, and brown. Each one represents a different type of currency.

Determining the value of a 1935 dollar bill can be tricky, but there are a few helpful resources that can be consulted. The American Society of Appraisers and the American Numismatic Association are both good places to start. These organizations can provide expert opinions on the value of a particular bill.

Another helpful resource is the US Treasury’s website, which includes a database of all known US currency. This can be useful for determining if a bill is real or counterfeit.

Some books that we recommend are:

With a little bit of research, it should be possible to get a pretty accurate estimate of the value of your 1935 dollar bill.

How Much are Series 1935A Experimental R and S Notes Worth? 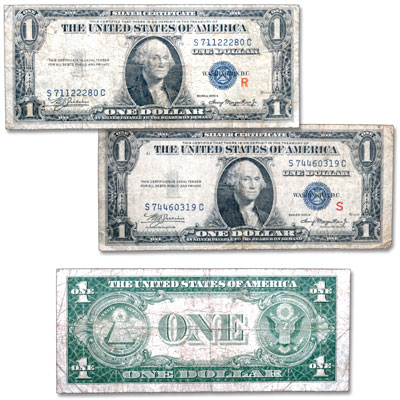 In 1935, the United States Treasury Department decided to experiment with a new type of paper for the $1 Silver Certificate. The goal was to create a more durable note that would last longer in circulation. To distinguish between the two types of paper, the Treasury Department printed a bright red letter R or S on the face of the note. 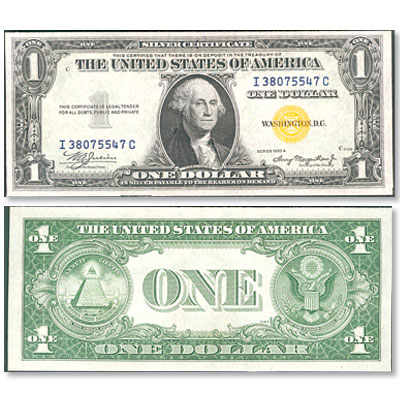 This 1935 $1 Silver Certificate is a rare note printed for use during Operation Torch, the Allied invasion of North Africa. This note has the usual 1935A Julian-Morgenthau signatures. However, the difference on this note is the yellow Treasury seal instead of blue. The yellow seal meant that this note would be recognized and have less value if it was captured by the enemy. This note is highly sought after by collectors because of its history. 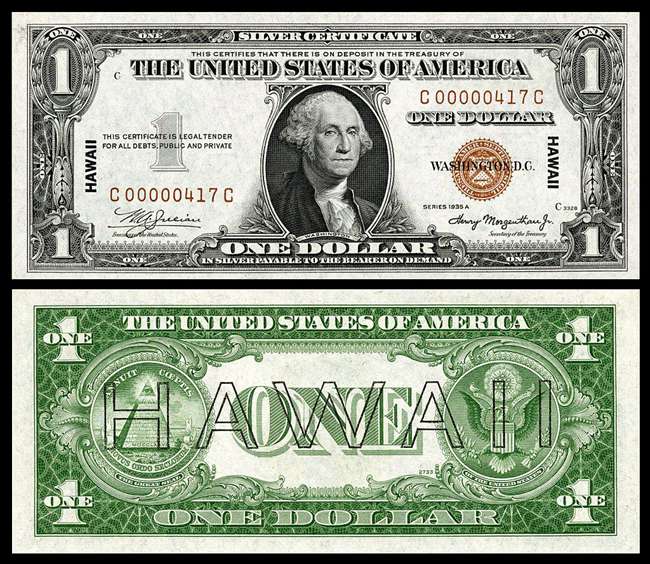 The Japanese Pearl Harbor attack was a turning point in World War II, and it also had a significant impact on the American economy. In an effort to prevent the Japanese from gaining access to Hawaii’s financial resources, the Federal Reserve sent $1 Federal Reserve Notes to the island. Each note was printed with a large “HAWAII” on the reverse, making it immediately recognizable. If the Japanese did manage to invade Hawaii, the currency would be demonetized and therefore worthless.

Fortunately, that didn’t happen, and most of the brown seal “Hawaii” notes were destroyed after the war. Today, however, a few of these notes have survived, making them a valuable collectors’ item.

How Much is a 1935E Blue Seal Dollar Silver Certificate Bill Worth? 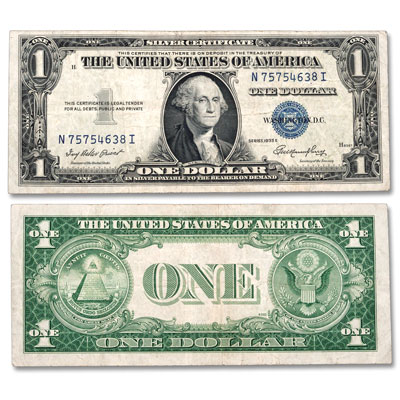 The value of a 1935E blue seal $1 silver certificate bill depends on its condition. A used bill in poor condition is only worth about $2.90, while a bill in better condition could be worth $13.75 to $52.50 according to Littleton Coin Company.

Once redeemable for silver coin or bullion, these notes were discontinued by Act of Congress in 1963. Silver Certificates feature distinctive blue Treasury seals and are smaller than modern Federal Reserve Notes.

How Much is a 1935A Dollar Silver Certificate Bill Worth? 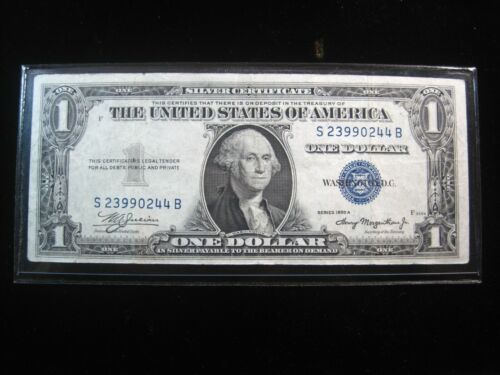 These bills are very common, which is why they aren’t worth very much. In fact, most 1935A silver certificates only sell for around $1.50. Uncirculated examples might be worth a few dollars more. For example, this one is selling on eBay for around $10. A single bill may be worth only a few dollars, but a pack of 100 consecutive bills can fetch hundreds or even thousands of dollars.

If you have a 1935 dollar bill, you might be wondering where to sell it. One option is to take it to a local coin shop. The coin shop will likely give you a fair price for your bill, and you’ll be able to get your money right away. However, coin shops can be difficult to find, and they’re not always convenient.

Another option is to sell your bill online. Online coin shops like The Coin Shop offer a wide range of services, and they make it easy to get a fair price for your bill. Another great option are websites like eBay or Etsy. Both of these websites allow sellers to list items for sale and set their own prices. Heritage Auctions is another popular choice for collectibles. This website specializes in collectibles and antiques, and it offers free appraisals for items that are being considered for sale.

American Numismatic Association (ANA) conventions and exhibitions attract buyers from all over the globe, so you will be able to find a serious collector who is willing to pay top dollar for your bill. Their website is a great place to start, as it provides a list of upcoming events and educational resources.

Tips for Selling a 1935 Dollar Bill

If you have a 1935 dollar bill, you may be wondering how to sell it for the best price. There are a few things to keep in mind when selling any collectible item:

Don’t accept the first offer that comes your way – wait for a fair price from a reputable buyer, and you’ll be sure to get the most value for your 1935 dollar bill.

There are a variety of factors that can affect the value of a 1935 dollar bill. The condition of the bill, the type of bill, and the serial number can all influence its value. In general, a 1935 dollar bill in good condition is worth about $3. However, there are some rare examples that could be worth much more, such as the 1935A North Africa $1 Note and the 1935A Hawaii $1 Note.

Collectors are always willing to pay a premium for rare and unusual items. If you happen to have one in your possession, it’s definitely worth taking a closer look. You might just have a small fortune on your hands!