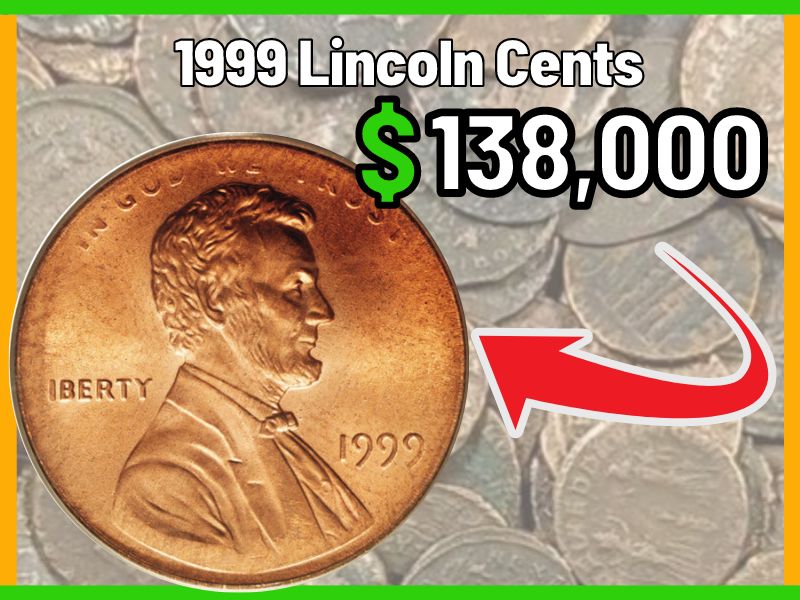 When it comes to coins, there are a few that stand out above the rest. The 1909 penny, for example, is worth far more than its face value and it’s one of the most valuable pennies. But what about the 1999 penny? Is it valuable?

Introduction to the 1999 Penny 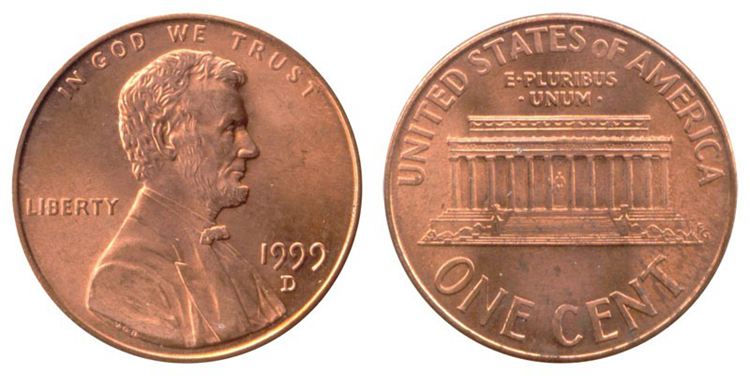 The 1999 penny is a part of the popular Lincoln Memorial cents series. Lincoln pennies were first minted in 1909 to commemorate the 100th anniversary of Abraham Lincoln’s birth. The obverse of the coin features a portrait of Lincoln, while the reverse depicts the Lincoln Memorial.

Over the years, the Lincoln penny has undergone several changes, including a switch from copper to steel in 1943. Despite these changes, the coin has remained a staple of American currency, and it is sure to continue to be produced for many years to come.

The 1999 penny features the Lincoln Memorial on the reverse. The Lincoln Memorial is a monument to America’s 16th President, Abraham Lincoln. It is located in Washington, D.C., and was dedicated in 1922. The words “UNITED STATES OF AMERICA,” “E PLURIBUS UNUM” and “ONE CENT” are also inscribed on the coin.

The design of the 1999 penny is a tribute to both America’s history and its future. It is a fitting tribute to a man who helped to preserve the United States and who is memorialized in one of America’s most iconic buildings.

Proof coins are a different story. A proof penny is a coin that has been carefully struck from specially prepared dies on polished blanks. The resulting coins are typically struck more than once to ensure the sharpness of the design and a high degree of surface luster. Proof coins are usually produced for collectors and, as such, have a higher value than regular circulation coins.

Close AM vs Wide AM Lincoln Penny

The close AM and wide AM varieties are two of the major varieties that appear on 1999 pennies. The close AM is the most common, while the wide AM is less common.

On the close AM penny, the letters “A” and “M” on the word “America” on the reverse are so close together they’re almost touching. On the other hand, you have the wide AM penny, with the letters “A” and “M” much more separated. Additionally, the initials “FG” are closer to the Lincoln Memorial Building on the wide “AM” variety and further away on the close “AM” variety.

This was NOT an intentional design by the U.S. Mint. The wide spacing is the result of an error made when reverse proof coin dies were used to strike 1999 Lincoln pennies intended for circulation. As a result, a limited number of these “Wide AM” pennies were minted and released into circulation.

So, if you come across a 1999 Lincoln penny with wide AM spacing, you may have found yourself a valuable collector’s item!

What is the Most Expensive 1999 Penny Ever Sold?

The second expensive 1999 penny ever sold was graded MS 67 by NGC. The coin shows one clear obverse impression in the center with eight other newly fed planchets flared out around the center. The coin was sold for $4,200 in 2021. This is the only known coin of its kind. The coin is an amazing example of a mint error and is sure to be a treasured addition to any collection.

In 2020, a 1999 Wide AM penny graded MS 68 by PCGS sold for $3,960, making it the third most expensive 1999 penny ever sold. This particular coin was also well-preserved, with no visible signs of wear or damage. As a result, it was able to achieve a high grade from the Professional Coin Grading Service.

How to Find How Much Your 1999 Penny is Worth

So, how can you find out how much your penny is worth? The first step is to compare your coin to the ones that have recently sold. Look for similar coins in terms of condition and design, and then check to see what price they went for. This will give you a good idea of the range of prices that your coin might fetch.

Of course, the final coin values will depend on the buyer, but it’s still useful to have an idea of what others are willing to pay.

If you don’t want to go through the hassle of selling your coin yourself, you can also take it to a local coin dealer or pawn shop. They should be able to give you a pretty good idea of its value. Just remember that they will likely offer you less than what it’s worth, so don’t take their first offer!

There are many reasons why a coin might be classed as an error coin. It could be that the coin was minted with a different design to what was intended, or there could be an issue with the metal composition of the coin. Sometimes coins are simply misprinted, resulting in an imperfection that makes them stand out from the rest.

Error coins can be extremely valuable, and collectors will go to great lengths to track them down. The penny from 1999 is no exception, and some errors have been documented over the years. Here is a list of some of the most popular 1999 penny errors:

Whether you’re a seasoned collector or just getting started, error coins are always an exciting find. The 1999 penny is no exception, so keep your eyes peeled for these popular errors next time you’re out searching for loose change!

The 1999 WAM penny stands for Wide AM, where the AM in word America is wider separated than on regular pennies. The 1999 WAM penny is a rare variation of the Lincoln penny that was minted in 1999 at the Philadelphia Mint. These pennies are characterized by an error in the design, which causes the letters “AM” to appear separated. As a result, these pennies are quite valuable to collectors.

If you have a 1999 Wide AM penny, it is worth $558 in MS 65 condition. This means that the coin is in great condition and has no visible wear. Therefore, if you happen to have one of these coins, it may be worth your while to get it appraised by a professional.

While it’s not the rarest penny, the 1999 Wide AM penny is still considered to be a rare coin. There are only a few thousand of these coins in circulation. That said, the vast majority of these coins are likely to be in the hands of collectors or dealers. So, if you come across one of these coins, it’s certainly worth taking a closer look.

If you take a close look at a 1999 penny, you’ll notice that the letters “A” and “M” on the word “America” on the reverse are so close together they’re almost touching. This variety is known as the “close AM” penny. In addition, the initials “FG” which can be found on the reverse are further away on the close “AM” variety.

Though a 1999 penny may not be worth much more than its face value in circulated condition, if you happened to find a 1999 Wide AM penny or a 1999 S Close AM penny, you could be sitting on quite a lot of cash. More common 1996 pennies in uncirculated condition can be worth anywhere from $0.30 to $6.

The most valuable Lincoln cent from this year is a 1999 Wide AM penny which is worth $558 in MS 65 grade, while a 1999 S Close AM penny is worth $91. So if you come across one of these pennies, be sure to take it to a professional coin dealer to have it appraised. You may just be surprised at how much your penny is worth.