Many people enjoy collecting currency, and one popular sub-genre is known as “star notes.” These are special notes that are printed when there is a flaw in the printing of a regular note.

Do you have a star note collection? If not, you should start collecting them! They are different from the regular currency in a few ways and can be worth a lot of money if they are in good condition. In this blog post, we will discuss everything you need to know about star notes! We will cover what they are, how they are different from regular currency, and how much they are worth.

What is a Star Note? 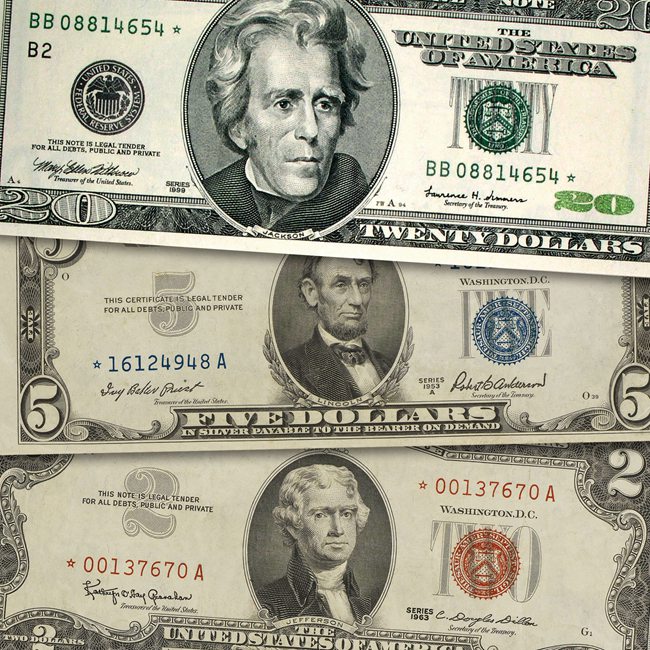 A Star Note is a banknote with a star symbol in the serial number. Star Notes are used by the Bureau of Engraving and Printing to replace damaged, misprinted, or otherwise defective currency. The BEP has two facilities: one in Washington, D.C., and the other in Fort Worth, Texas. The presence of an “F.W.” implies that the bill was printed in Texas. It was printed in Washington, DC if there is no “F.W.”

The star symbol indicates that the note was printed to replace another note. In general, only a small number of Star Notes are printed for each production run. As a result, they are considered to be collectible items.

The main difference between star notes (also called replacement notes) and regular notes is that the former are much rarer. This is because they are only printed when there is a need to replace a defective note. As a result, there are usually only a few thousand star notes in circulation at any given time.

For many people, the appeal of having a star note collection lies in its rarity. However, the true value of a star note goes beyond its rarity. Each bill is a tangible reminder of the hard work and dedication of the men and women who produce our currency. Whether you are looking for an investment or simply a way to show your patriotism, this collection is a rewarding hobby.

How Rare are Star Notes?

Star notes are not extremely rare, but they are not as common as federal reserve notes either. Only about one in every million notes is a star note. Star Notes from print runs of 640,000 notes or fewer are considered to be rare enough to be worth more than face value.

For example, it will be relatively easy to find a replacement note from the runs of 1.28+ million. However, the print size of 32,000 makes notes from this print run very difficult to find or purchase. For collectors, the challenge will be to find a note with a star in the serial number that is also from the small print run. The greatest print run size was 3.2 million notes.

How Much is My Star Note Worth?

In general, the smaller the serial number run size (that is, the fewer the number of notes that were produced), the more valuable the star note. This is because small run sizes indicate that there was probably a higher defect rate among the original notes, making the star notes more scarce.

Alternatively, you can send the note to a professional currency appraiser. You can find appraisers closest to you on websites like the American Society of Appraisers or the American Numismatic Association.

How Can I Check the Serial Number on My Money? 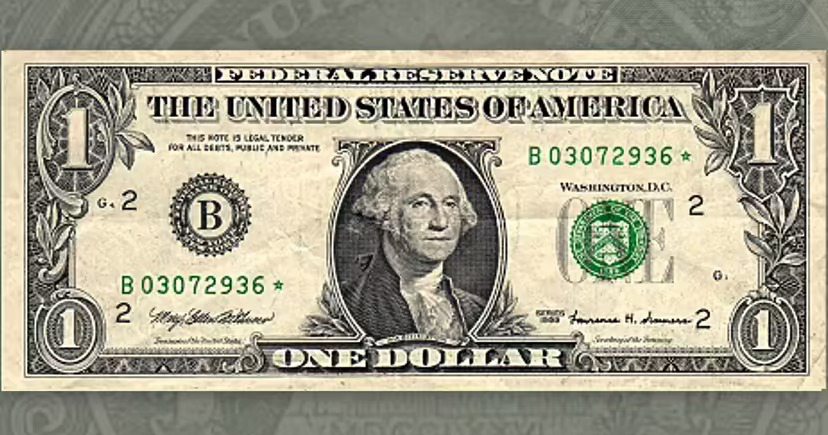 While a normal $1 star note sells for about $3, a duplicate print run star note can sell for $15 – $20. As a result, these error notes can be quite valuable to collectors. There are, however, a few extremely rare exceptions where a $1 star note worth can be much higher.

The 1928 $1 red seal legal tender note is a popular and rare collector’s item that can be worth thousands of dollars. This note was issued during a time when the U.S. economy was booming, and the notes were designed to be used as legal tender. The design of the note features a portrait of George Washington on the front, and the back features a detailed image of the Great Seal of the United States.

If you happen to have one of these notes, it is important to have it appraised by a professional in order to determine its value. You can find this note on eBay for as much as $2,300, but the average price seems to be around $600.

While most of the silver certificates are common, there are some rare exceptions. The $1 1928C, 1928D, and 1928E notes are some of the rarest in existence. For instance, an uncirculated 1928D $1 silver certificate star note sells for almost $400 on eBay. A similar one with signs of wear and discoloration goes for $35.

Although $1 star notes from 1935 are not particularly rare, they are still slightly more valuable than federal reserve notes from that year, and they are typically worth around $5.

While most $20 star notes are only worth their face value, there can be a rare instance where they can be worth more.

If you’re lucky enough to have a series of 1928 or 1929 $20 star note from Dallas, then you may be sitting on a small fortune. In good condition, these notes can be worth a few hundred dollars apiece. If you have a note that is in pristine condition, then it could be worth even more.

The series of 1928 $20 gold certificate notes is one of the most popular items among collectors of United States currency. Even in circulated conditions, these notes can sell for hundreds of dollars, a pristine example can fetch thousand or more. While half a million Series of 1928 $20 gold certificates were originally printed, many have since been lost or destroyed, making them increasingly rare and valuable.

A 1934 and 1934A $20 Hawaii brown seal star notes are always popular with collectors. The former was issued during the first series year production, while the latter was released as part of a small printing in response to high demand. Both are highly coveted and prices for these notes can reach thousands of dollars. One such example is listed for $2,400 on eBay.

Any $20 star note printed before 1950 with two-digit serial numbers is considered to be quite valuable. This includes both 1929 brown seal notes and 1928 and 1934 green seal notes. The reason for this is that relatively few of these bills were printed compared to other years and denominations. 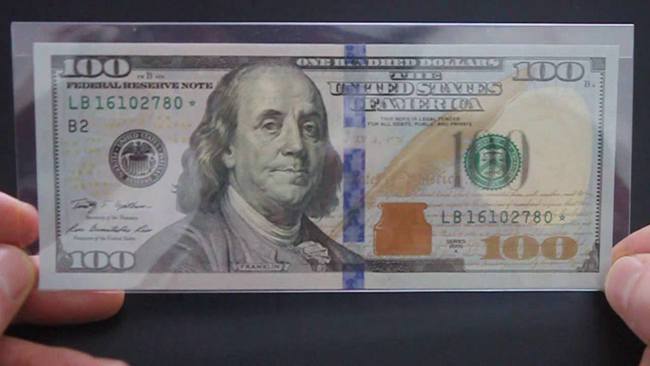 Gold certificate $100 star notes from 1928 are some of the rarest and most popular collector’s items. One such note is currently up for sale on eBay for an incredible $4,000.

Where Can I Sell My Star Note Bills?

If you’re looking to cash in on your old bills, you might be wondering where to sell your star note collection. While you could take them to a local coin shop, you’ll likely get a better price by selling them online. Popular websites like eBay, Heritage Auctions, and Mercari are all great options for selling collectible items like star note bills. Just create an account, upload some photos of your items and set your prices.

Another great option is to find an online coin shop that specializes in collectible currency. These shops typically have a wide network of buyers, and they can help you get the best possible price for your bill. In addition, online coin shops typically offer more protections for buyers and sellers than brick-and-mortar shops, so you can be confident that you will be treated fairly. Some examples include The Coin Shop and MA Shops.

However, you can always take them to a local coin dealer. Many coin dealers are also interested in purchasing currency, and they will be able to appraise your bills and give you an idea of their value.

If you have a star note collection that you would like to sell, there are a few things you should keep in mind:

Star notes are a type of currency that is created when a mistake is made during the printing process. The U.S. Bureau of Engraving and Printing (BEP) destroys the mistaken bills and prints new ones with a star in the serial numbers. Because they are so rare, star notes can be worth significantly more than regular currency.

While most star notes are only worth a few dollars more than federal reserve notes, some rare examples can fetch hundreds or even thousands of dollars at auction. So, next time you’re going through your wallet, be sure to keep an eye out for these valuable collectibles.

I have found lots of star notes in last few months. I just recently found out about the double print notes. I think I might have half of one pair. How would I go about selling it?